Welcome to our August Newsletter 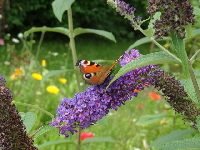 Even if it is still summer, August is kind of going back to work. The schools start next week – at least in Denmark. So we are also getting ready to continue our work.

We have had a relaxing and joyful time including spending some time with our grandkids. That also reminded us about a situation from our early awakening days, when our own sons were about 5 and 7 years old:

Anne was fetching our youngest son from the kindergarten. While they were getting ready to leave, our son putting on his coat and boots, Anne noticed another mother and her son. She wanted to leave in a hurry, but that was not the wish of the son. He kept on playing with something where he was running around with some other kids.

Now the mother of course called on him – but he didn’t react. It looked kind of funny, especially when the mother started running after him. But what really stroke Anne was the way the mother talked to her son: Her words were asking him to come, but her voice expressed that she actually found the situation funny! No wonder that her son kept on playing!

This whole situation was kind of an eyeopener to both of us, because it so clearly shows that of course your words mean something, but if you want somebody to listen to you, your voice has to match the words!

If you experience that your child or other people don’t really listen to you, you might try to record yourself talking (you can of course do it all by yourself, just pretending you are talking to somebody) and then listen to it afterwards. Perhaps you need to speak louder or have more certainty/ authenticity in your voice. Don’t judge yourself, but have fun with it. See it as a possibility to play with different roles…

If you would like to become a Consciousness Theater Certified Teacher we offer 2 Teacher Trainings this autumn.

The first one in the southern part of Germany, in Bruchsal, October 8th-9h. With German translation when needed.

The other one in the northern part of The Netherlands, in Hilversum, November 19th-20th.

So although a lot us strange things are going on in the world right now, we wish you a wonderful August!